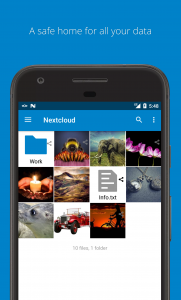 The Nextcloud Android app v3 delivers Android 8 Oreo support, End-to-end Encryption, much better handling of local and remote files, many fixes for the auto-upload and much more in over 180 pull requests reviewed and merged over the last months. It is now available on the app store and you can wait for the automatic update or get it manually now!

The new app introduces a number of major changes like support for Android “Oreo” 8 and the integration of the Nextcloud End-to-end Encryption.

Another noticeable change will be the detection of ‘walled gardens’, like a hotel or airport wifi login wall: no need to try to sync there until you logged in! The Nextcloud app now also supports IPv6 and there have been many fixes and improvements to the auto-upload feature for images and videos. 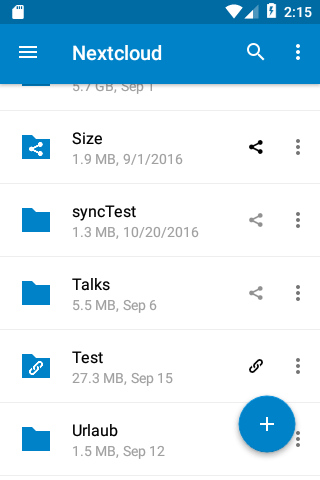 There has also been a lot of UI work. One example is to make it possible to directly execute actions on a single file, rather than having to select it first and go through the menu. As you see in the screenshot, each file now has a three-dot menu from where you can directly share, move, download, favorite and more.

You can also now set a sort order per folder, so you can have each folder the way you want. We also made it more clear what the difference is between sharing via Nextcloud and other apps, for example directly sharing a picture to Signal or creating a shared link.

And, to make using the app a bit faster, viewing images now doesn’t fully download the large picture but just gets you enough of a preview to fit your screen!

The app is available on the Google Play store and comes to FDroid soon!