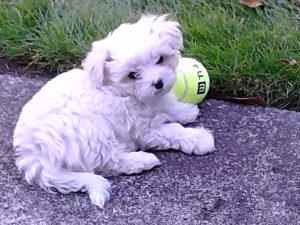 Sir “Pal” Poops-A-Lot, closest we got to a picture of his owner, our interview subject.

We did an interview with one of the central figures in the PCLinuxOS community, known as Mr CrankyPants-YouCanToo, and asked about their recent move to Nextcloud as private file sync and share solution. PCLinuxOS, often shortened to PCLOS, is a Linux distribution, with KDE Plasma Desktop as its default user interface. It is a primarily free software operating system for personal computers aimed at ease of use. (from wikipedia)
Tell us your name and your PCLOS involvement.

My forum username is Mr. CrankyPants-YouCanToo and my involvement with PCLinuxOS is that I host the forum website along with the master Repository and several PCLOS services (including Mail, Chat, etc.) that are offered to our members. I also host the PCLOSmag website and create the html and eBook versions of the monthly magazine. Occasionally I even read and answer some posts in the forum.

Tell us anything you want about PCLinuxOS. An intro to the community.

What more could anyone say about PCLinuxOS, except it is one of the most friendly OSes that a person can use. The community is a great bunch of guys and gals willing to help whenever needed!

Why do you need a private cloud and how do you use it?

Why the need for a private cloud? Control over our own files comes to mind first and foremost. Reading some forum posts about people having issues with some of the current cloud offerings, made some of us want a better solution over what was being offered such as Copy, and Dropbox and others. So we started offering a cloud service to our members only. 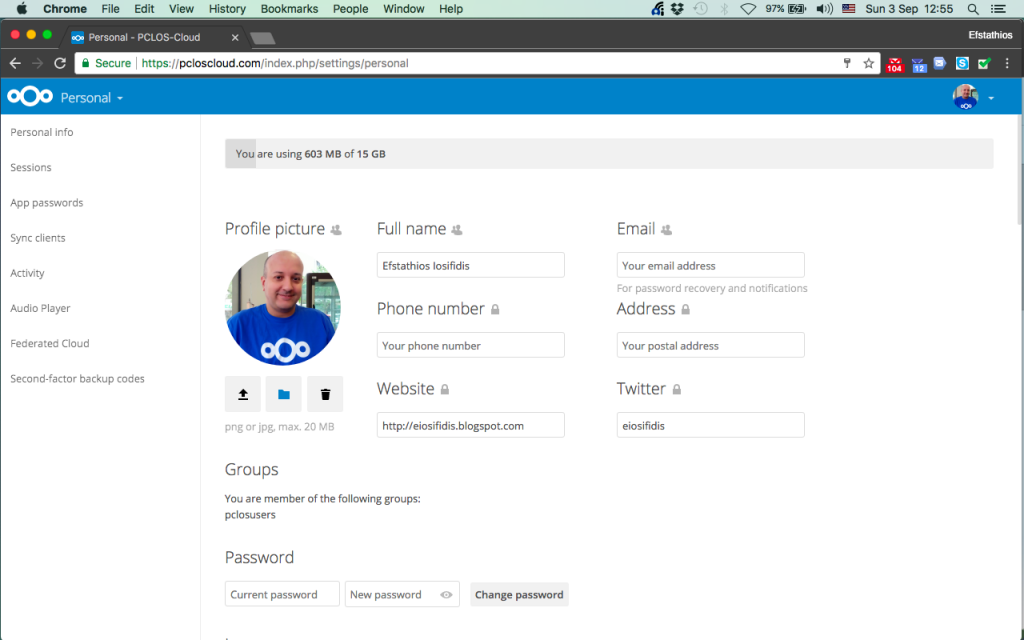 Why did you decide to migrate and how did it go?

We originally started using OwnCloud running on a dedicated Centos server. We were having issues with the service provider and I decided to move everything inhouse and also seeing that I am no fan of systemD, the decision to run it from a server that was using PCLinuxOS was made. At the same time it was decided to move from OwnCloud to NextCloud. At the time we decided to rsync the user data to the new system, but re-entered all the users accounts on the new system. We had under 100 accounts to add again. The process went actually very well.

Are you happy with the result?

Yes, the results have turned out well for us. The system has proven to be very stable and reliable. Really what more can one ask for then reliable and stability.

Can you tell us about the technical side of things?

I do web design and hosting and the Nextcloud server is in my office located in the central Willamette Valley in Oregon. Our cloud server is running on a custom built quad core server running at 2.9Ghz with 16GB ram with a combo of SSD for running all the software and 2-2TB hard drives for data storage. We are running the latest version of PCLinuxOS for the OS. At the present moment we serve 421 PCLOS Members and are still growing.

I really like all the apps that are available. You can make NextCloud work just the way you want it without have to have anything extra.

Well most of the users seem to think they should get more free storage space, but that isn’t a feature that nextcloud provides

Outside of that I haven’t had any requests from the users for a feature that we have not already provided in our setup.

What features do you want us to try to add to new version?

Right now I am happy with all the current features provided. If in the future our users decide they need something that isn’t provided, we will be sure to make any suggestions for a new feature inclusion.

Anything else you wanna share with the Nextcloud community?

If you want your own personal cloud server, I would highly suggest using Nextcloud!